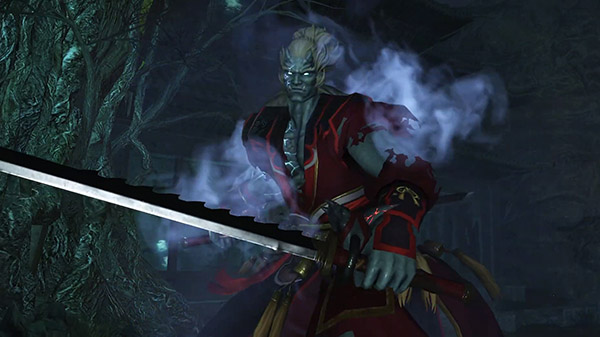 Publisher Gameforge and developers Wangyuan Shengtang and Aurogon have released a new trailer for massively multiplayer online action RPG Swords of Legends Online introducing the game’s dungeons and raids, as well details and some gameplay for the first five dungeons.

Here is an overview of the first five dungeons, via Gameforge:

Located in the Butianling Zone, players seeking glory and experience will do battle with the brave, but utterly mad, warrior Wu Yeyu in The Royal Court of Wuzhao, located near the Yinsheng Spring — the sanctuary of the God of the Dead. Yeyu has lost both her humanity and her mind after being exposed to the Devil Sword, and will provide a challenging experience early on for lower-level players. A challenging entry-level dungeon for players at Level 13 and above.

Beneath the mountains at Qingliangzhai Fortress in the Weichuan Highlands Zone is a labyrinthine network of tunnels, built by Meijia to ensure a safe path to the Valley of Xiongli. However, to guard this area, Meijia has enlisted the help of great demons, including the terrifying spider, Han Yi. This a former warrior of Xangiu who upon dying, was recruited by Meijia to help enact her devious schemes! This dungeon is for more advanced players at Level 22 and above.

The Nightmare Temple is not the peaceful sanctuary it once was. Players who journey to the District of Chang’an will find a sinister building flooded with evil Qi, guarding the Sword of the Stranger — now home to the ghastly Nightmare. While on the surface, the Nightmare may resemble Wu Rui, but this being is far more dangerous and will provide a deadly challenge to any hero brave enough to come knocking on the temple doors. This dungeon is available to players at Level 18 who have gained access through experiencing the story. Higher difficulty levels are also available to players at Level 37 and above.

Long ago, the worst criminals in the land were punished by being locked away in this secret, underground prison, featuring flooded tunnels stretching away in all directions. The prison, located in the Jiangdu District Zone, is now rife with foul monsters, united under the leadership of the bronze-clad warrior Tongpi, who can control the soul force of the five elements to increase his power! Fair warning, this dungeon is not for the faint of heart and only for max-level players.

50 years ago, battle broke out between the various schools and sects of the lands. The altars and temples in Jingdu, on the Shinaghuai Grassland Zone, originally constructed by the Devastator Sect, were torn down and destroyed, leaving only abandoned ruins behind. Any warrior that dares explore these ruins will run into the Spring Plague General a powerful fighter created by Nuowu. Beware though, the soul power of the Spring Pest General is closely connected to the Ruin of the Raging Rivers — If he gets into trouble, the entire temple will stand by him. This is an extremely challenging ordeal that should only be undertaken by players at the highest levels.

A Time of Legends PvE Trailer

_ Gustavo ⋅ Rumor: Dead Space revival in development at Motive ⋅ one minute ago