Mutazione coming to Xbox One and Switch on May 26, physical edition announced for PS4 and Switch 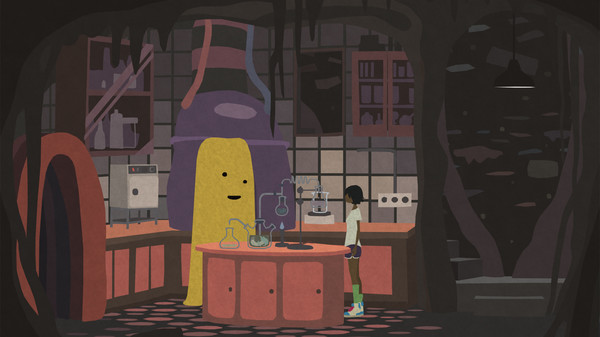 Publisher Akupara Games and developer Die Gute Fabrik will release “mutant soap opera” game Mutazione for Xbox One and Switch on May 26, the companies announced.

Additionally, iam8bit announced it will release an exclusive physical edition of the existing PlayStation 4 version of Mutazione and the newly announced Switch version, as well as an original double LP. Pre-orders are available now.

“We are delighted to today be announcing so many exciting new ways to enjoy and explore the sights and sounds of Mutazione,” said Die Gute Fabrik studio lead, writer, and narrative designer Hannah Nicklin in a press release. “In addition to the newly announced Switch and Xbox versions, we’re excited for our newly announced physical editions: where Mutazione creative director Nils Deneken has been working hard to produce beautiful designs to adorn people’s PlayStation 4 and Switch physical collections.”

Nicklin continued, “As well as that, the opportunity to release the IGF and Nordic Game Award-winning music as part of a double LP alongside our excellent partners at iam8bit is really special, Creative director Nils Deneken has produced beautiful 70s-inspired original artwork for the record sleeves and Composer Alessandro Coronas also worked hard to produce an original selection of music which really exhibits the variety of both the story-driven game, and the beautiful musical gardening experience which players know and love. LP 2 features never-heard-before ‘performances’ by Alessandro from within the magical musical garden systems—we’re thrilled to present such an original interpretation of what a game original soundtrack can be.”

Mutazione first launched for PlayStation 4 and PC via Steam in September 2019.

A mutant soap opera where small-town gossip meets the supernatural…

Mutazione is an adventure game where the juicy personal drama is just as important as the high-stakes adventure part of the story.

Explore the community as 15-year-old Kai as she travels to the strange and secretive community of Mutazione to care for her ailing grandfather, Nonno.

Make new friends; plant musical gardens; attend BBQs, band nights and boat trips; and embark on a final spiritual journey to save everyone from the strange darkness at the heart of it all.

Over 100 years ago, the meteor “Moon Dragon” struck a tropical holiday resort. Most of the inhabitants perished, while those who survived began to show strange mutations… The rescue missions quickly retreated, and those who remained in the mutating environment founded the small and isolated community of Mutazione.

Fast-forward to modern day, where you play as 15-year-old Kai as she travels to Mutazione to help nurse her dying grandfather back to health. But things aren’t as simple as they seem… Nonno has other plans for Kai; secrets and betrayals simmer under the friendly community’s surface; and there’s a creepy bird-like figure who keeps on appearing in Kai’s dreams.

Nothing interesting ever happens in Mutazione… honest.