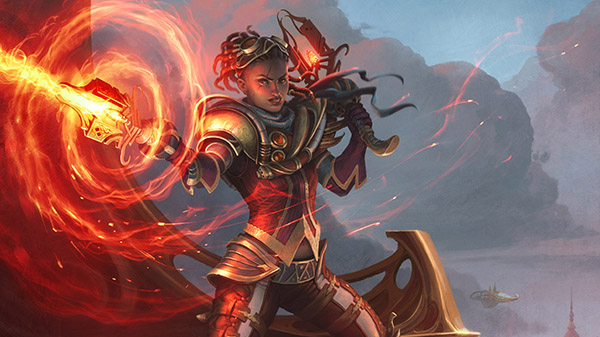 Publisher Perfect World Entertainment and developer Cryptic Studios have released a new update for the open beta version of free-to-play online action RPG Magic: Legends, which adds the Pyromancer class and fourth act of the story, among other features.

Here is an overview of the update, via Perfect World Entertainment:

From now through May 24 at 10 a.m. PT / 1:00 p.m. ET, players can claim this brand-new ranged caster class for FREE from the in-game store when they log into the game. The Pyromancer, its costume and extra spells have also been added to early levels in the free track of the current Battlepass—and will be available in every subsequent Battlepass. This will continue after the free claim period ends. Today’s update also introduces a brand-new story act that continues players’ journey through the Multiverse, performance upgrades and a host of quality-of-life updates to improve the overall gameplay experience.

Magic: Legends is currently available in open beta for PC via Arc Games and Epic Games Store, and is coming to PlayStation 4 and Xbox One later in 2021.