Livestream: Escape from Hotel Izanami coming to PC on June 10

First released for Switch in April. 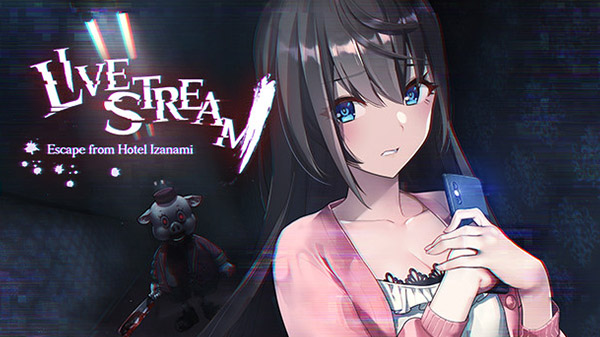 Qureate will release Livestream: Escape from Hotel Izanami for PC via Steam on June 10, the developer announced.

In this side-scrolling action-adventure game, you’ll need to scour the inside of an abandoned hotel, looking for clues to solve the mystery of the hotel and ensure your escape from a mysterious, murderous mascot intent to kill. The fate of the girls’ lives will change dramatically depending on your actions in the game.

Online streamers Mio Ikoma, Nana Sakurai and Azusa Shiraishi travel to the locally famous haunted resort, the Hotel Izanami, at Nana’s request to shoot a video there. It would be a film shoot at an average haunted location with no particular legend attached.

To finish shooting without a hitch and get an end result that was vaguely horror-esque… was all they wanted.

During filming, Mio gets separated from the group, and suddenly gets attacked by a mascot costume that has come to life.

From that point on, the trapped girls are at the mercy of numerous horrors throughout the hotel.

Why is a mascot trying to harm them, and why have they been shut in to the hotel with no escape?

Can the three girls escape from the hotel with their lives?

A livestream set in an abandoned hotel begins…