Aiming for a simultaneous worldwide release. 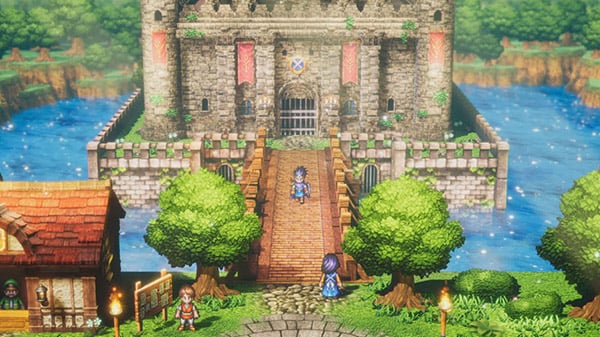 Here is a message from producer Masaaki Hayasaki:

Up to now, I’ve worked on various games such as Octopath Traveler and Various Daylife.

The HD-2D style we’re using combines pixel art with 3D effects to produce a sense of depth and atmosphere like nothing else.

Our hope is that by recreating Dragon Quest III in this HD-2D style, everyone will have the change to experience the game through fresh eyes, from adults who played the original back when it was first released, to little kids picking it up for the first time.

We’re aiming for a simultaneous worldwide release on home consoles. The release date hasn’t been decided yet, but when it is, you’ll be the first to know!

I identify as a loaf of Bread ⋅ Space Jam: A New Legacy – The Game for Xbox Series, Xbox One launches July 1 for Xbox Game Pass Ultimate users, July 15 for everyone else ⋅ 25 minutes ago
Latest Open Forum