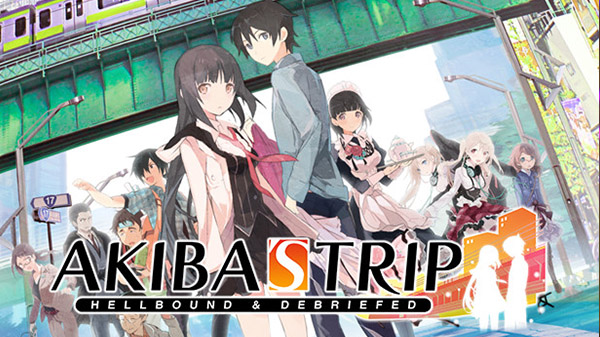 Akiba’s Trip: Hellbound & Debriefed will launch for PlayStation 4, Switch, and PC via Steam, GOG, and the Humble Store on July 20 in North America and July 23 in Europe for $39.99, publishers XSEED Games and Marvelous Europe, and developer Acquire announced.

In Japan, Akiba’s Trip: Hellbound & Debriefed is due out for PlayStation 4 and Switch on May 20.

The physical day one “10th Anniversary Edition” is currently available for pre-order at the XSEED Games Online Store and participating retailers for $49.99. Digital deluxe editions will also be available for PlayStation 4 and Steam for $49.99.

Here is an overview of each edition:

And here is an overview of the game, via its Steam page::

Supernatural creatures are stalking the pop culture mecca of Akihabara—and you know that because they’ve turned you into one of them. Their only weakness, and yours, is sunlight, which means there’s only one way to stop them: call them out on the streets, knock their clothes off, and expose their skin before they can do it to you.

Arm yourself with a rolled-up poster, a guitar, a laptop, a magical girl wand, or (if you insist) an actual weapon, then hit Akihabara’s colorful streets. Browse recreations of real-life shops circa 2011, mingle with Akiba’s residents and tourists, and discover the town’s many secrets.

Will you work with the secret paranormal-hunting agency, give the creatures a fair shake (hey, some of them seem all right), or just look out for your otaku friends? Choose your side, choose your missions, and enjoy a freewheeling adventure with Akiba’s Trip: Hellbound & Debriefed.