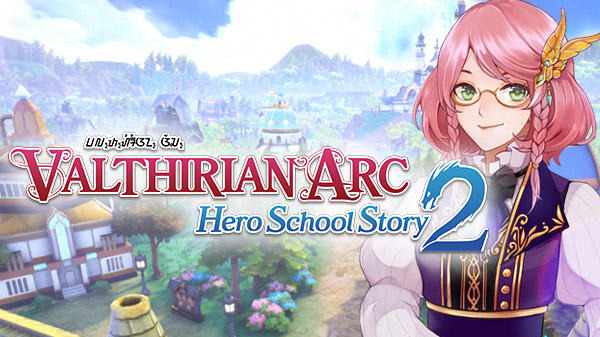 Publisher PQube and developer Agate have announced Valthirian Arc: Hero School Story 2 for PC. It will launch first in Early Access via Steam, where it plans to remain for a 12-month window with large-scale updates every eight weeks and a number of smaller updates scattered in between.

The Early Access version will offer at least 10 hours of playable content, including the opening act of the story, a few dungeons and characters, and the new combat system, as well as the ability to send champions on a variety of quests. The full version will gradually add on the full breadth of features—including more characters, champions, personalities, mini-games, dungeons, and factions. By the end of the year and prior to the version 1.0 release, Agate aims to have nearly 80 percent of the game’s content complete, with “a few surprises” reserved for launch.

Combining the best of the RPG and simulation genre, this sequel places you in charge of a sprawling and highly customizable academy for the next generation of heroes. Take command of the faculty, nurture a unique and ever-growing roster of students, and earn your place among the most prestigious Hero Schools in the world of Valthiria.

Valthirian Arc: Hero School Story 2 aims to deliver to players the feeling of bittersweet joy. The pride for having to grow students from nobodies to star students, the satisfaction from winning battles, and the discovery from experimenting with a lot of random elements in the game. Yet even after all that time spent together, time moves on and players must let go of their students to graduate.

No Two Students are Alike

Your duty as the principal will be to balance your attention beyond the needs of any single student, but to foster an entire generation of heroes that will go forth to protect the realms of Valthiria.

Personalize Your Own Academy

A statue here, a pond there, maybe a bench or two—the school is yours to design. Some are allergic to pollen, while others enjoy the scent of freshly prunes flowers in the air.

Whether to please your students or your own aesthetic sense, you can decorate your school as you wish. Immerse yourself deeper by setting your academy’s uniform colors and pick your banner emblem to really make the school grounds feel like your second home.

As a kingdom-funded school, you’re expected to train students who can actively contribute to society. From the government’s point of view, the sooner it can be done, the better—even before graduation. Send students out to solve the many issues of Valthiria.

You can resolve issues such as eliminating rats in the sewers, fighting dragons that terrorize poor villagers, and even pacifying rioters in the neighboring kingdoms. Quest is a way for players to prove the mettle of their students as well as to understand more about the world of Valthiria.

Foresight and strategic forecasting are keys to success in our unique round-based system that is built around the queuing actions and moves. Players will be rewarded by having a full view of the battlefield and how the rules of the combat work.

Find, uncover, meet unique characters who have been lovingly handcrafted with unique stories, and quests. From special students to masterful mentors.

Your burdens as the principal are many, while your negligence may not lead to disaster, your attention to detail can reward you with more resources, talented new students, and even new job classes to unlock.