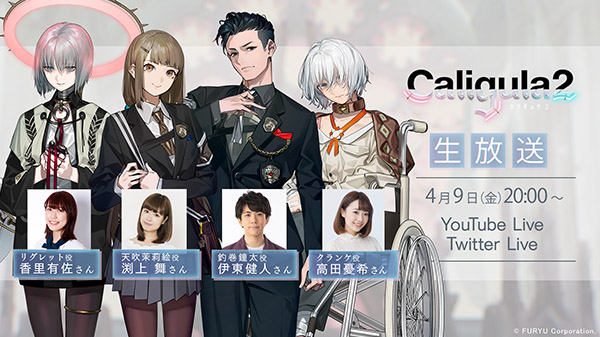 Publisher FuRyu and developer Historia will host the second official live stream for The Caligula Effect 2 on April 9 at 20:00 JST, the companies announced. You will be able to watch it on YouTube and Twitter.

The broadcast will include an overview of announced information, as well as live battle and scenario gameplay, and more, including details on the items included with the limited edition, and new information announced at the end of the program. Presenters include Arisa Kori (Regret voice actor), Kento Itou (Shota Tsurumaki voice actor), Mai Fuchigami (Marie Amabuki voice actor), and Yuuki Takada (Kranke voice actor).