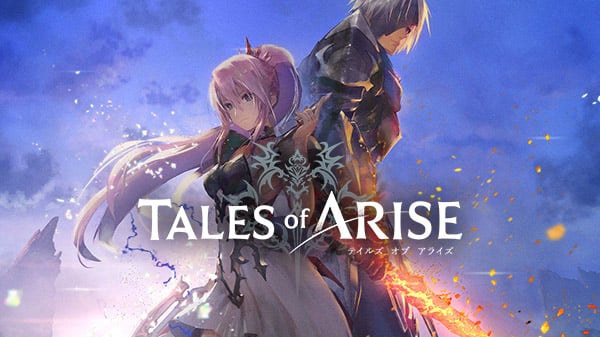 The following pre-order bonuses and special editions were also announced:

“We want Tales of Arise to represent a new milestone for the Tales of franchise,” said Tales of Arise producer Yusuke Tomizawa in a press release. “The game has a new artistic direction, making the most out of the Unreal Engine and our newly developed ‘Atmospheric Shader’ to push the graphics and quality and make players feel like they are in a painting. With a story that is more mature and hits on more essential themes than previous games we hope players will be fully immersed in Alphen and Shionne’s journey. We can’t wait for you to be able to play the game later this year.”

Tales of Arise follows the story of Alphen, an iron-masked individual whose home planet of Dahna has been enslaved and stripped of natural resources for the past 300 years by the nearby planet of Rena. As Alphen fights to free his people he encounters Shionne, a girl from Rena who is on the run from her countrymen. Both Alphen and Shionne will be joined throughout the journey by a supporting cast of characters to help in their fight for freedom.

Tales of Arise carries the DNA of the much-loved Tales of franchise while also introducing advanced graphics and an evolved combat system to help push the series into the future. A new “Atmospheric Shader” developed by Bandai Namco Studios adds subtle touches to the look and feel of the world evoking a hand-drawn painting. Combat has also evolved, allowing for a better sense of spectacle and direct player feedback based upon their actions. The graphics, combat system, characters, and story all work together to present a vivid and realized world that will immerse players as they are transported to the many environments and biomes they will explore throughout their time with Tales of Arise.

A girl who Alphen and Shionne encounter as if collapsed in the street. She appeals for help to the resistance group in Cyslodia, and parties up with Alphen. While Astral Artes were originally only supposed to be usable by the people of planet Rena, she is able to use powerful artes despite being from planet Dahna.

A boy from Calaglia. Despite being Dahnan, he works as a member of “Bull’s Eye,” Rena’s police system, and stands in the way of the party when the arrive at Cyslodia.

Watch a new trailer, gameplay video, and developer message below. View a new set of screenshots at the gallery.