A well-cultured and elegant monk, deeply entwined with the forces of nature. 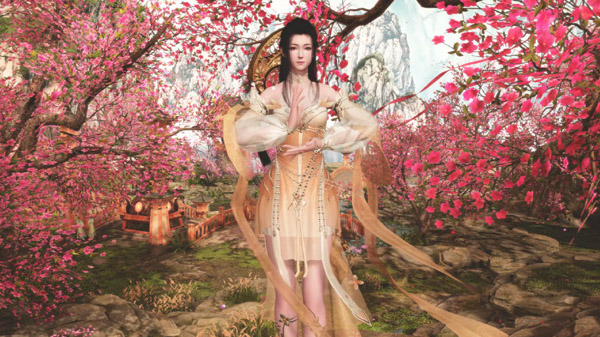 Here is an overview of the Bard, via Gameforge:

A well-cultured and elegant monk, deeply entwined with the forces of nature.

Bards have a deep and profound understanding of music, knowing how to combine the magical notes of their instruments and unlock powerful spells by channeling the forces of nature. They use this magic to hit their foes from a distance or provide support and succor to their allies with powerful healing melodies. Their versatility makes Bards a welcome addition to any ranks. Whatever the situation, they always strike the right chord!

Highly attuned to the sound of the elements, Bards can harmonically tune to the Dao of their allies to heal and strengthen them, or alternatively provoke imbalance in the forces of nature, resulting in powerful attacks which can unleash the full fury of the elements.

The students of Zhenren Chixia obliterated the demons and gradually transformed Taihua Mountain into a peaceful paradise. Yet even while this was happening, ill-fortune befell Zhengyang, one of her students. Fellow student Zhengyang was blamed for this, and a series of disputes exacerbated the differences between the two of them, ultimately leading the latter to depart Taihua Mountain. Heshuo vowed to find the real culprit behind Zhengyang’s ill fortunes, and the students of Taihua Mountain subsequently split into two distinct schools. Those who left became the first Bards.

Hemmed in by the peaks of distant hills, the sound of the harp is eternal among the peach trees and pavilions around the Mountain of Wondrous Creation. The area is like an artist’s impression of reality, a painting epitomizing the idealized expression of beauty.

Bards play an important role in combat by providing their allies with supporting damage or protection. They can also summon a special furnace that both they and their allies can use to apply buffs before venturing into dangerous situations.