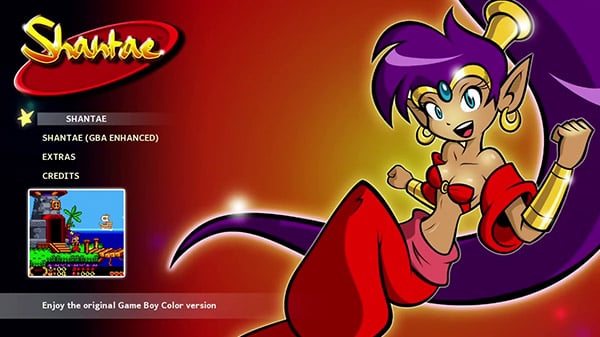 The Switch version of the original Shantae will launch via the Nintendo eShop on April 22, developer WayForward announced.

Initially launched in 2002, Shantae is the acclaimed action-adventure-platformer that is often considered one of the most impressive Game Boy Color games ever produced. In this pixel-perfect adaptation, Shantae hair-whips, dances, and transforms as she seeks out four elemental stones throughout Sequin Land to put a stop to the nefarious lady pirate, Risky Boots!