Featuring characters from Spelunky 2 and Minit. 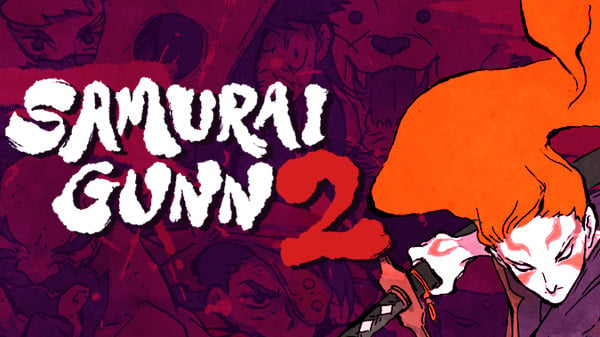 Samurai Gunn 2 will launch in Early Access for PC via Steam this summer, publishers Scrambler and Peow Studio, and the game’s collective of developers announced.

The game will remain in Early Access “until we finish Adventure Mode, finish the Comic, and expand Versus mode with lots of new characters and levels,” which the developers expect take “about a year or so,” but note that “it may take longer depending on player feedback and any additional content ideas that we come up with.”

The Early Access version will ship with all three modes (Adventure, Versus, and Comic) implemented with online and local multiplayer, eight playable characters, nine Versus levels, the first quarter of Adventure (21 levels), and the first of six Comic chapters.

Samurai Gunn 2 was first announced in August 2018 for Switch under the publishing of Double Fine Presents. It is unclear if the Switch version is still planned.

Welcome to the Forbidden Forest, a dangerous land protected by the Cursed Tengu. Launching with the first of four worlds, venture alone or with up to four friends cooperatively—online or on your couch! Includes 21 levels, two power-ups, three unlockable weapons, and a mysterious curse. Can you find them all?

Don’t blink! The original mode is back and faster than ever. It’ll take more than button mashing to prove yourself amongst friends! Launching with nine Versus levels: two all new Samurai Gunn levels, six updated classic levels, and one “Friend” level—based on Minit!

Just like the original, each samurai is armed with a sword and gun, loaded with only three bullets. But shooting isn’t the only thing bullets are good for… By “swallowing” a bullet, you can now Dash! Fly unscathed through your opponent’s slashes, just don’t Dash into a bullet head on! A small addition that greatly expands the moveset and strategic possibilities.

A Samurai with Skills

Every character in Samurai Gunn 2 has abilities unique only to them. Run up walls, turn invisible, shoot explosive bullets, the list goes on! Discover new techniques and play styles with an ever-expanding roster.