Enhanced Switch port due out on May 13. 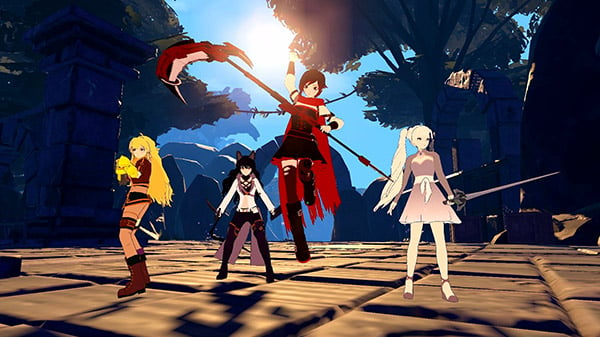 Featuring RWBY characters Ruby, Weiss, Blake, and Yang, the trailer introduces the hack-and-slash action players will experience as they fight to stop the Grimm and Doctor Merlot. It also includes a look at the new outfits, Horde mode, and skill upgrades.

In RWBY: Grimm Eclipse – Definitive Edition, join your friends in intense combat action as one of eight students of Beacon Academy and stop the evil forces of the Grimm and Doctor Merlot. Level up your favorite RWBY character and traverse Remnant in new storylines or the Grimm Gauntlet mode. Recruit your friends and team-up to save Remnant!

RWBY: Grimm Eclipse – Definitive Edition is due out for Switch on May 13.