First released for PC in September 2020. 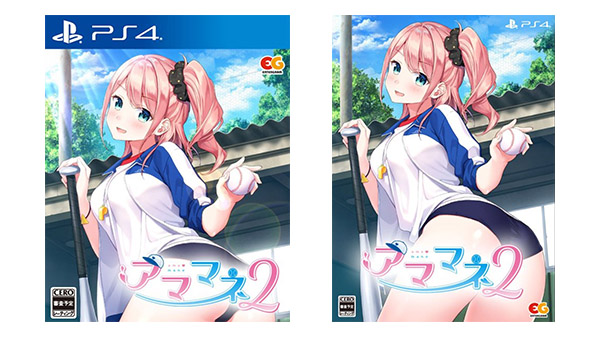 Entergram will release Prekano-developed romance visual novel Amamane 2 for PlayStation 4 on September 16 in Japan for 2,728 yen, listings at retailers such as Neowing (2) reveal.

In addition to the standard edition, a limited edition including a B2 tapestry with artwork by Kinoto Masuishi, a short story, and the game’s original soundtrack will also be available for 7,128 yen.

Amamane 2 first launched for PC in September 2020 in Japan.

Here is an overview of the game’s story, via its official website (NSFW):

Daiki Matsuzaki, said to be a pick for the baseball team’s ace pitcher, can no longer throw a ball due to trauma caused by an injury.

Yuri Nanami, his childhood friend and junior peer, steps up to the plate to help Matsuzaki.

“He’s making things too hard on himself. So I’ll spoil him as necessary.”

While receiving advice from her upperclassman and manager Satsuki Suzumori, Yuri supports Matsuzaki through practice, and sometimes even physical contact.

Yuri and Matsuzaki gradually become more attracted to each other, but to them both love and baseball are of important…

Play ball in this story of an awkward and sweet young love!