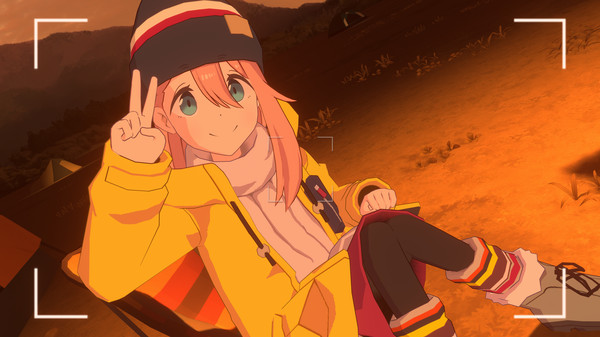 Together, Rin (you!) and Nadeshiko embark on a new camping adventure at the Fumoto Campsite, taking pictures and trying lots of delicious food.

Nadeshiko, Rin, and company encounter a variety of unique situations. Join them in virtual reality for a short adventure game (each version is about the length of an anime episode), where the fully voiced characters and vibrant scenery will make you feel like you’re really there!

*Content in this game varies from that of Laid-Back Camp -Virtual- Lake Motosu.

This game is designed for use with virtual reality headset equipment, but can also be played without it.