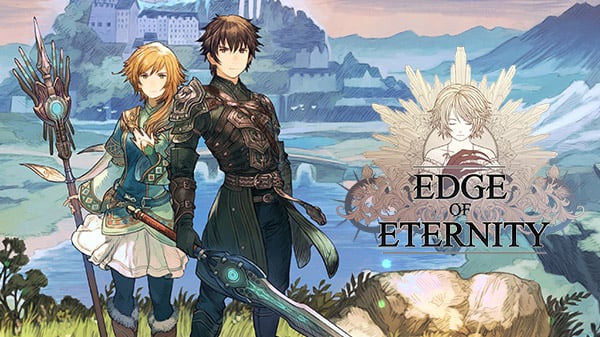 Edge of Eternity will exit Early Access and launch for PC via Steam on June 8 with a massive update that adds 20 hours of additional gameplay and brings the game’s story to an end, publisher Dear Villagers and developer Midgar Studio announced. PlayStation 5, Xbox Series, PlayStation 4, and Xbox One versions will follow in Q4 2021, as well as Xbox Game Pass. The PlayStation 5 and Xbox Series versions are newly announced.

To celebrate the PC release date announcement, the Early Access version will be available at a 33 percent-off discount price of $16.74 via Steam until April 13.

“We’ve poured our whole heart into making Edge Of Eternity,” said Midgar Studio founder Jeremy Zeler in a press release. “It’s a story of epic existential battles and intimate personal dramas. I can’t wait to show it off to the world.”

Dear Villagers vice president of publishing Guillaume Jamet added, “Edge of Eternity is the perfect illustration of what we want to do with Dear Villagers: discover talented studios and help them bring ambitious projects to life. What Midgar has accomplished, with a small team, is quite incredible and we are very proud to be by their side for this launch.”

In a world torn asunder, the people of Heryon pursue a desperate war against a mysterious invader. As this conflict opposing magic and technology grows to cataclysmic proportions, a new threat emerges from the battlefield. Wage epic turn-based battles as you follow Daryon and Selene in their quest to find a cure to the all-consuming Corrosion and save the world of Heryon.

Edge Of Eternity was made possible by over 4,000 fans who supported the game via a successful Kickstarter campaign. The crowdfunding was so successful that Midgar Studio was able to work with the legendary Japanese RPG composer of Chrono Trigger, Yasunori Mitsuda.