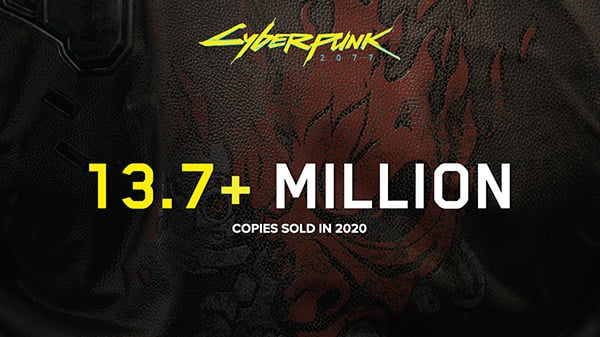 Cyberpunk 2077 sold 13.7 million copies in 2020, publisher and developer CD Projekt RED announced. The number is a company estimate based on information collected from distributors.

Cyberpunk 2077 launched for PlayStation 4, Xbox One, PC via Steam, Epic Games, and GOG, and Stadia on December 10, 2020. PlayStation 5 and Xbox Series versions are planned for release in the second half of 2021.

Koihime Enbu RyoRaiRai DLC 'Version 3' now available for PC Previous post
The Riftbreaker launches this fall for PS5, Xbox Series, and PC, later for PS4 and Xbox One Next post