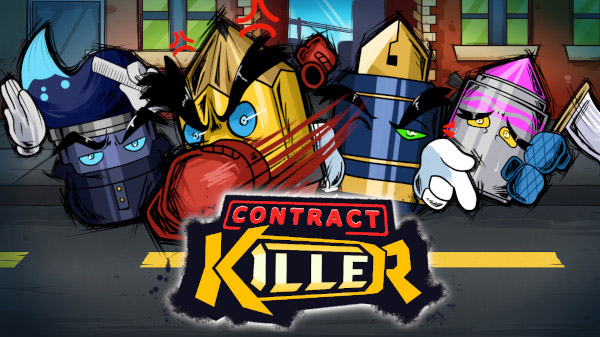 Contract Killer builds on retro arcade beat ’em ups and paper aesthetics with chaotic combos, boss fights, hand-crafted pixel visuals, an original, jazzy soundtrack, and an emphasis on cooperation. Tackle the comical campaign with up to four players, unlock skins and new characters, fight against your friends, or try to survive an endless horde mode!

When the legendary Erase-Sir was defeated by the Contract of all contracts, his minions took over, binding thousands to their legal demise. It’s up to Leadhead and his crew to traverse different worlds, defeat the bosses that rule them, and erase the final signature!

Meet the cast, each with their own unique move sets and skins: