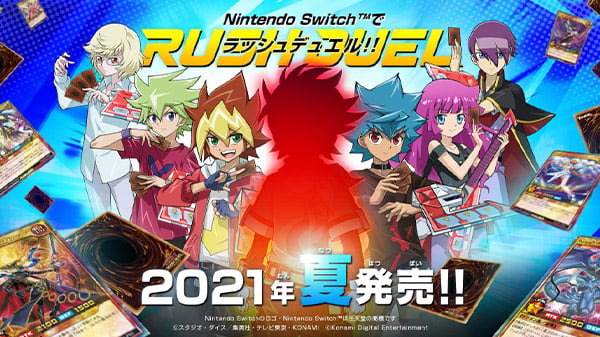 Konami has announced the launch of the teaser website for Yu-Gi-Oh! Rush Duel: Saikyo Battle Royale!!, its upcoming card battle game due out for Switch this summer in Japan.

Yu-Gi-Oh! Rush Duel: Saikyo Battle Royale is based on the ongoing Yu-Gi-Oh! SEVENS anime, and uses the “Rush Duel” rules invented by anime protagonist Yuga Ohdo. It follows a game-original story featuring characters from the anime.