TASOMACHI: Behind the Twilight story trailer 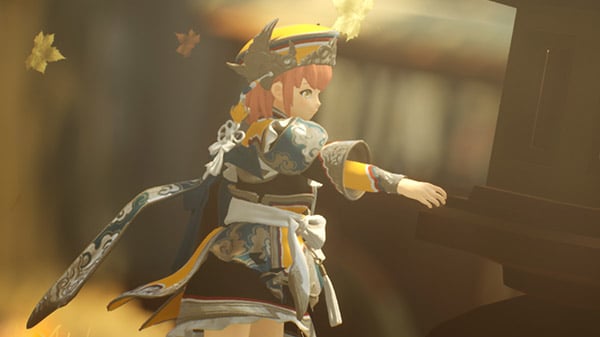 TASOMACHI: Behind the Twilight is a relaxed 3D platformer that is all about unwinding and exploring a sleepy Far-Eastern themed world to your heart’s content, collecting items while navigating platforming sections and completing requests from NPCs.

One day, young heroine Yukumo’s airship breaks down mid-flight, crash landing in an enigmatic and abandoned town. Assist the only remaining inhabitants, the strange yet adorable cats of The Nezu Tribe, and fulfill their many requests in exchange for valuable collectibles and resources.

Every new item helps repair Yukumo’s airship, earn new upgrades, and unlock stylish outfits. Pilot the airship through the skies of this mysterious town and explore more of an awe-inspiring world, filled with temples, landscapes, and icons taking inspiration from diverse cultures and extraordinary geography. Explore the world while vibing to a soundtrack by Ujico, a Japanese musician with more than 1 million YouTube subscribers and 600,000 monthly Spotify listeners.

Developer nocras releases his debut title after contributing both 2D and 3D art to many of Japan’s biggest games of the 2010s. His work includes 3D design on Final Fantasy XIII-2 and Final Fantasy XIV; 2D art for The Legend of Zelda: Breath of the Wild and Xenoblade Chronicles 2; and field map design for Pokemon Sword and Shield. He developed his skills and experience on these games, all in preparation for his independent premiere.

TASOMACHI: Behind the Twilight is due out for PC via Steam this spring / Q2 2021. It will support Japanese, English, and Chinese (Simplified and Traditional) language options.