Both due out this summer in Japan. 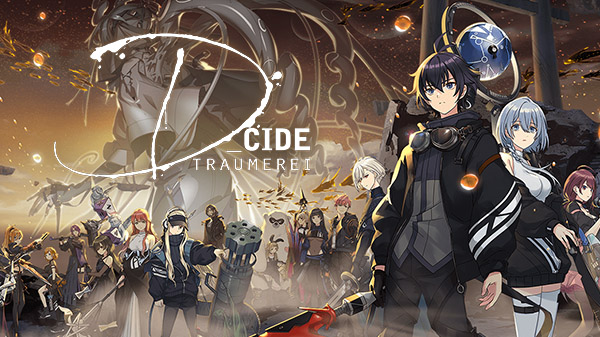 Sumzap, Drecom, and Bushiroad have announced D_CIDE TRAUMEREI, a large-scale cross-media project consisting of a mobile game and Sanzigen-produced anime. Both will launch this summer in Japan. Pre-registration for the mobile game is available now.

Character designs for D_CIDE TRAUMEREI were drafted by illustrator Kukka, while the story and character concepts were drafted by Tadashi Satomi, who is best known as the scenario writer for Revelations: Persona, Persona 2: Innocent Sin and Eternal Punishment, and The Caligula Effect. The theme song “Kemono no Kotowari” was written by Ringo Sheena, composed by Seiji Kameda, and arranged by rock band Tokyo Jihen.

Crush the “Weird”—nightmares that have corroded reality.

Surrounded by the blue sea, Yura Island is a magnificent, untouched natural setting.

During his high school days at Wadatsumi Academy, Rando Furukata gets wrapped up in a gruesome, unnatural death.

Chosen as a “Knocker-Up” who travels between the worlds of dream and reality, Rando enters a nightmare from which he will never awaken…

Experience a rich story with expressive characters on a “nostalgic island” and in a “fantasy dream world.”

Bond with Your Companions

Spend time with your companions to deepen your bonds. Deepening your bonds may also be the key to solving the island’s mysteries.

Fight against nightmares in a simple, but highly strategic turn-based command battle system. Utilize “Over Mode” to finish the battle with an instant blow.

Watch the announcement trailer and presentation event archive below.