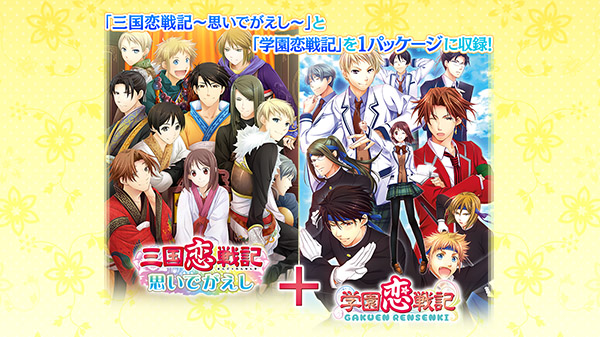 Prototype will release a collection including Daisy2-developed otome visual novels Sangoku Rensenki: Omoide Gaeshi and Gakuen Ransenki for Switch this fall in Japan, the publisher announced.

The original Sangoku Rensenki: Otome no Heihou! was released for Switch in November 2018 in Japan, after being originally released for PC in March 2010, and ported to PlayStation 2 in June 2011, PSP in July 2012, PS Vita in April 2013, and Android in September 2013.

Desma ⋅ Lucasfilm Classic Games: Zombies Ate My Neighbors and Ghoul Patrol announced for PS4, Xbox One, Switch, and PC ⋅ one minute ago