Other platforms will be announced at a later date. 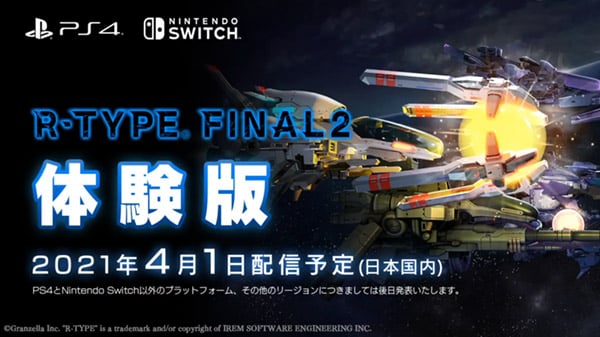 Granzella will release an R-Type Final 2 demo for PlayStation 4 and Switch on April 1 in Japan, the company announced during its latest “Granzella Meeting” live stream.

Details regarding the demo’s release on other platforms will be announced at a later date.