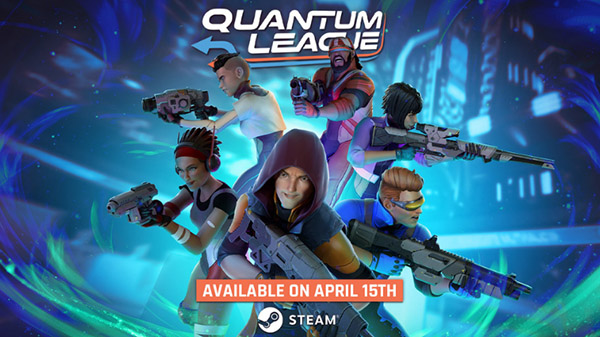 To celebrate the announcement, the Early Access version, which will update to the full release upon launch, is available at a 50 percent-off discount price of $9.99 until March 16.

Quantum League first launched in Early Access in May 2020, and has been updated with new mechanics, arenas, playable characters, weapons, and game modes over the past year.

New features available in the full release version include:

It’s an alternate universe where time travel manipulation has changed the face of professional sports as we know it. Quantum League, a heavily weaponized team-based shooting sport, dominates the globe.

As a Quantum Athlete, compete in 1v1 and 2v2 matches in specially designed arenas with a time loop feature that rewinds and revives you, allowing you to tactically team up with yourself. Your goal is to dominate the sport’s rankings, chasing superstar status with rewards of great fame and wealth as you progress. But agility, speed and skill are not enough to rise to the top. The ability to tactically play with yourself is important too!

Console versions of Quantum League are also planned, but have yet to receive a release date.