Actor Ella Balinska plays the role of the main character. 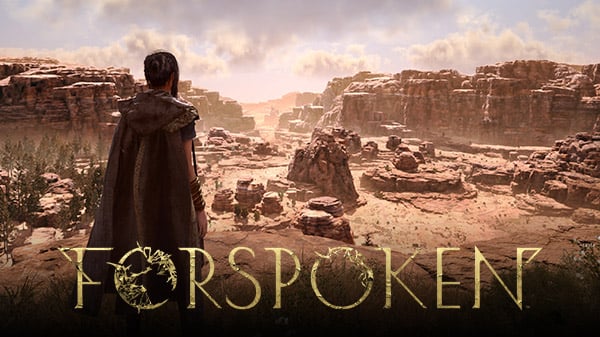 Project Athia, the new action RPG from publisher Square Enix and developer Luminous Productions, is officially titled Forspoken and will launch for PlayStation 5 and PC in 2022, the companies announced.

Forspoken puts players in the shoes of Frey Holland, an ordinary young woman who must harness her magical abilities to survive in a fantastical and dangerous land called Athia. Frey takes center stage in Forspoken, exploring an unknown world and facing treacherous trials to unravel the mystery behind Athia.

And here are some additional details, via the Square Enix Blog:

This seemingly ordinary woman is the lead character in Forspoken—a brand new adventure from the talented team at Luminous Productions.

Thrust into the dangerous land of Athia, the young hero must learn to harness magical abilities to survive. She’ll face many fearsome foes and overcome treacherous trials on a journey unlike any other.

But what exactly is Forspoken, and what can you expect from this exciting project?

We originally introduced the game last year, as working title Project AThia. During Square Enix Presents, we pulled back the curtain further, revealing the world, character and its actual name: Forspoken.

The game’s a narrative-driven adventure, and it’s developed by Luminous Productions. The studio’s philosophy is to create gameplay experiences that combine the latest technology with unbridled creativity—and that’s a pretty accurate way to describe their new game.

Forspoken has been designed specifically for the PlayStation 5, taking advantage of the new console’s power and features to create a game that feels like a true next-gen experience.

What is Forspoken about?

In Forspoken, you’ll play the role of Frey, as she enters Athia for the first time. This new land is stunningly beautiful, but also cruel and deadly. You can get a glimpse of the dangers she’ll face in the new trailer:

Frey is brilliantly brought to life by the actor, Ella Balinska and she had this to say.

“As the first video game I’ve worked on, it’s remarkable to see the incredible world and story of Forspoken come together, blurring the lines between reality and fantasy,” said Balinska.

“Frey as a character is real, she’s raw, she’s a girl who lost her way – both figuratively and literally—and is a character I immediately connected with, as I feel many people around the world will too when they set off on this adventure.”

Watch the latest trailer below. View the screenshots at the gallery. Visit the official website here.