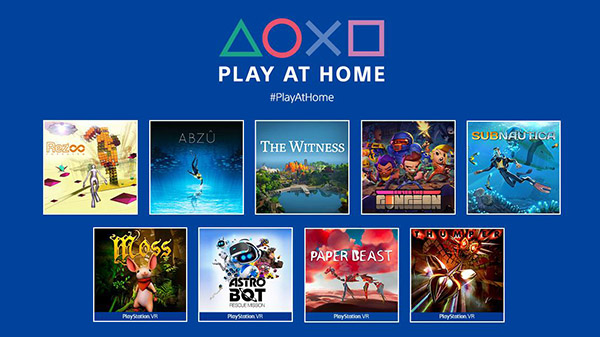 Sony Interactive Entertainment has announced an update on its “Play at Home” initiative for 2021 that began with the free release of Ratchet & Clank for PlayStation 4, confirming an additional nine titles available for free download to keep from March 25 to April 22, followed by Horizon Zero Dawn Complete Edition from April 19 to May 14.

Don’t forget: in participating countries, we’re also offering an extended trial of Funimation (or Wakanim, depending on region), a joint venture of Sony Pictures Entertainment and Aniplex of Japan. The anime-focused subscription service includes shows such as My Hero Academia, Demon Slayer: Kimetsu no Yaiba, Attack on Titan, and Fruits Basket. This extended trial offer kicks off on March 25 and is available through April 22.