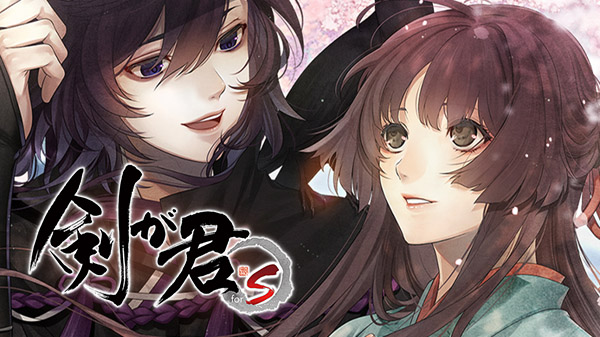 Rejet will release otome visual novel Ken ga Kimi for S for Switch on June 24 in Japan for 7,480 yen, the developer announced. A 13,200 yen limited edition will also be available.

The game includes both Ken ga Kimi for V and Ken ga Kimi: Momoyo Tsuzuri, which originally released for PS Vita in March 2015 and December 2016, respectively.

As a new element of the Switch version, Ken ga Kimi for S features a new opening movie with the theme song “Yokan,” sung by in-game characters Tsuzuramaru (voiced by Yuuki Ono) and Kei (voiced by KENN).

Here is an overview of hte tory, via VNDB:

In the early stages of the Edo period, Kayo lives with her father in a food & tea house. One day, she was asked by the Princess of Sunpu Castellan for an odd favor. Because they are splitting images of each other, she was asked to take her place in a marriage promenade…

Bewildered, but with her mind set, Kayo departs on a journey from Tokaido region with six samurai for bodyguards on a marriage promenade to Edo, Hakone, Mishima, up till the destination in Sunpu.

On the way towards Edo, she becomes caught up in youkai with destructive abilities, as well as the ‘Sword Retrieving Imperial Match’ that concerns the legendary five great swords, which is really a cover for a sickening ritual being performed…

The destiny they find their way through to is…?