Become an old person and survive in a world that wants you to die. 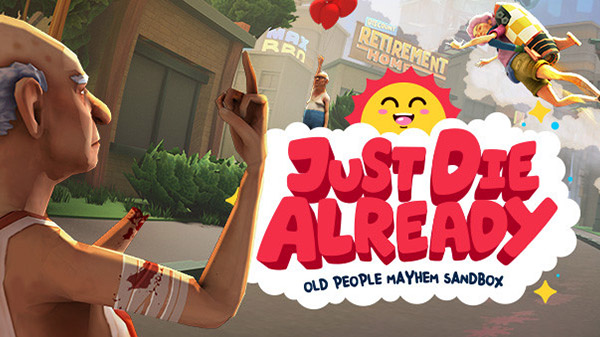 Just Die Already, an “old people mayhem sandbox game,” will launch for PlayStation 4, Xbox One, and Switch in addition to its previously announced PC (Steam, Epic Games Store) version, publisher Curve Digital and developer DoubleMoose announced. A release date has yet to be announced.

You are an old retired person in a near future where people aren’t having any children. There isn’t anyone to pay for pensions due to those ungrateful millennials who prefer playing video games instead of doing actual work. With no one to cover your living costs, you—just like all other old people in this world—have no other choice but to survive on your own.

How will you survive in a world that wants you to Just Die Already?

To make things worse, you’ve just been kicked out of your retirement home, and your only option now is to perform dangerous challenges and explore the world for retirement tickets to qualify for free retirement care.

So with society wishing you dead, isn’t it finally time to live a little?