Due out this summer for free. 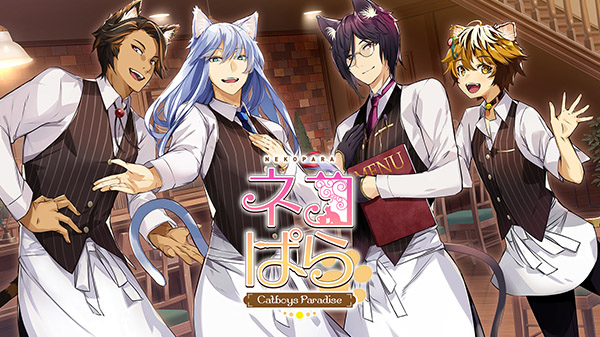 Neko Works has announced otome visual novel Nekopara: Catboys Paradise for PC, iOS, and Android. It will launch as a free title this summer with English, Japanese, and Chinese (Traditional and Simplified) language support.

Nekopara: Catboys Paradise began as an April Fools’ Day joke in 2019, but this year Neko Works has confirmed that it is developing the game for real.

The April Fools’ Day project of 2019 is becoming a reality as per your requests!
Otome visual novel game “Nekopara – Catboys Paradise”, featuring famous voice actors, is releasing Summer 2021 for completely free!https://t.co/51KkNfqAM9
※We are making this game for real pic.twitter.com/AIYNLO4Qqp

You take over the coffee shop and house of your late grandfather.

“I want to continue my dear grandfather’s coffee shop,” you thought, but were at a loss as to how. That’s when a certain school suggested, “Why not take into this lovely shop some knowledgeable live-in trainees?” Imploringly, you accepted the offer, but the trainees that appeared before you were not human trainees, but four carnivorous cats?!

Granted, you have heard that humanoid cat clerks are not all that uncommon these days, though…

Your story of running a coffee shop with four cats is about to begin!