A look back on the 40-year history of the Kou Shibusawa brand. 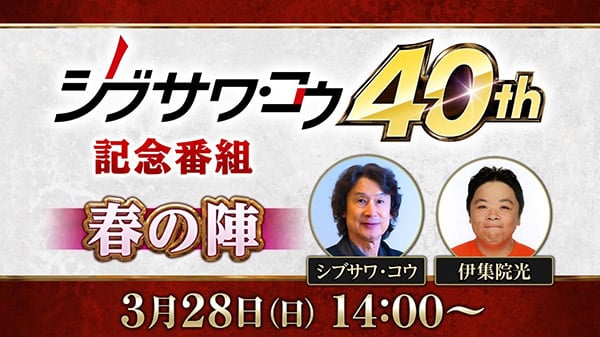 Koei Tecmo will host the “Kou Shibusawa 40th Anniversary Program: Spring Campaign” on March 28 at 14:00 JST, the company announced. You will be able to watch it on YouTube, Niconico, and Twitter.