"An anime-juiced rhythm adventure with a heavy focus on music and emotions." 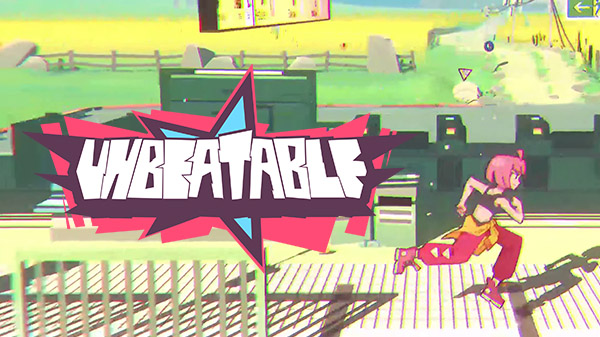 D-Cell Games will launch a Kickstarter campaign for UNBEATABLE, “an anime-juiced rhythm adventure with a heavy focus on music and emotions,” on April 6, the developer announced. It is planned for release on PC, Mac, and Linux.

On the same date, D-Cell Games will also release the free UNBEATABLE [white label] demo for PC via Steam, which is an exclusive side story set in the world of UNBEATABLE.

Here is an overview of the demo:

Music is illegal—and it’s time to do some crimes. UNBEATABLE [white label] is an exclusive side-story set in the world of UNBEATABLE.

Experience a heartfelt, multi-act narrative that gives an early look into some of UNBEATABLE‘s colorful cast.

Progress in the story to unlock some of UNBEATABLE‘s exciting rhythm set pieces and arcade-perfect levels.

Watch the Kickstarter teaser / UNBEATABLE [white label] trailer below. View a set of screenshots at the gallery. Visit the official website here.