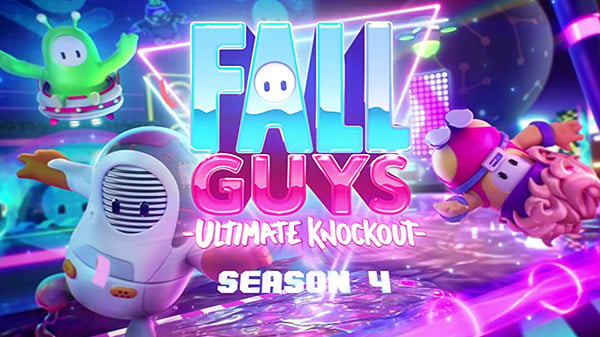 Season 4 will take the Fall Guys to “a neon-drenched Blunderdome of the future.” Here is an overview of the season, via Devolver Digital:

Astronauts, alien invaders and even mysterious Beans In Black will try to outrun their rivals in a maxed-out season that’s loaded with seven radiant new Rounds, fluorescent fashion, emotes and loads more as they party like it’s 4041.

Fall Guys: Ultimate Knockout is available now for PlayStation 4 and PC via Steam. Xbox Series, Xbox One, and Switch versions are due out this summer.