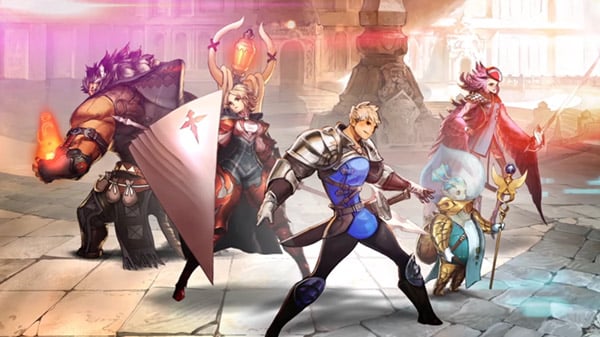 The latest issue of Weekly Famitsu reveals Astria Ascending, a new RPG that reimagines the story and gameplay of the 2014-released iOS game Zodiac: Orcanon Odyssey. It will launch for PlayStation 5, PlayStation 4, and Switch in 2021 in Japan, and is published by 3goo.

Astria Ascending is written by Kazushige Nojima and composed by Hitoshi Sakimoto. Its graphics are reminiscent of a moving painting, and the game features elements of both fantasy and science-fiction. While the world is the same as the previous game, the story has been overhauled and is more serious. The game features over 100 songs, including those from the previous game, as well as Japanese voice-overs. Other changes include reversed character positioning during battle.

Update 11:30 a.m.: Here is a first look at Astria Ascending, via the free preview of the latest issue of Weekly Famitsu: