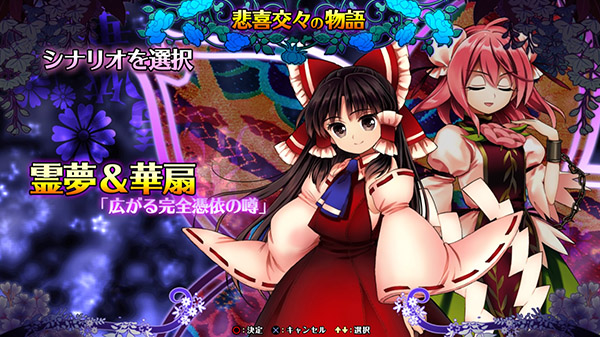 The story of Touhou Hyouibana: Antinomy of Common Flowers is set after the events of previous Touhou Project fighting game Touhou Shinporoku: Urban Legend in Limbo, and tells the tale of one of the strange phenomenon that is the core of the Urban Legend Incidents. Outside of Story Mode, which can be enjoyed as official Touhou Project reading material, the game also has local and online versus modes, practice and replay modes, and a music gallery.

Desma ⋅ Castlevania Advance Collection rated for PS4, Xbox One, Switch, and PC in Taiwan ⋅ 6 minutes ago