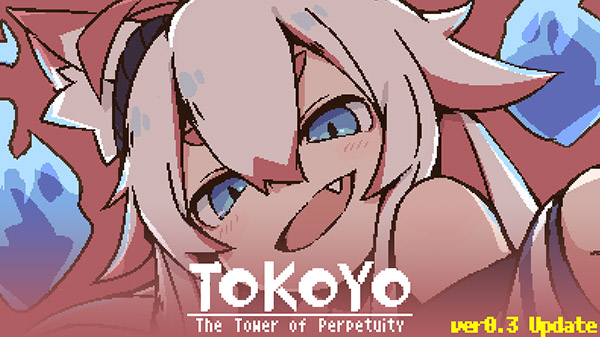 Publisher Playism and developer Commentout have released the version 0.3 update for the Early Access version of Tokoyo: The Tower of Perpetuity, which is available for PC via Steam.

In commemoration of the update, The Early Access version of Tokoyo: The Tower of Perpetuity will be available at a 20 percent-off discount price of $7.99 until February 22.

Get the update details below.

The version 0.3 update introduces the fifth playable character, “Imibi.” Imibi—a fox spirit over 1000 years old—has the unique ability to automatically attack any enemies within range, making for an all-new way to enjoy the game.

Additionally, not only does this update include new artifacts and map generation patterns—it also features a new item that allows you to negate damage once, as well as a range of newly added features such as the oft-requested key config settings and more.

TASOMACHI: Behind the Twilight coming to PS4, Xbox One, and Switch in 2021