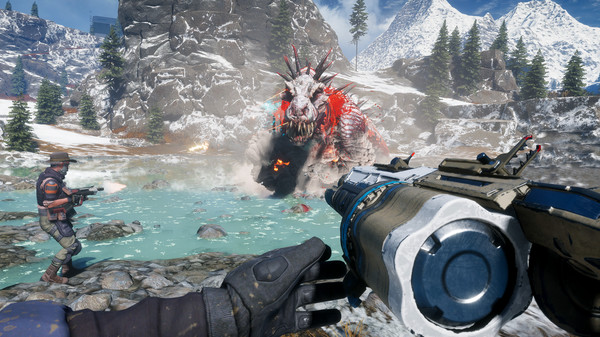 Second Extinction will launch in Game Preview for Xbox Series and Xbox One this spring, developer Systemic Reaction announced.

The dinosaur-themed three-player cooperative shooter first launched in Early Access for PC via Steam in October 2020.

“Since the launch of Second Extinction in Steam Early Access, we have been able to add new features and tweak old ones with greater confidence, building something better with each update,” said Systemic Reaction game director Simon Vickers in a press release. “It only feels right to finally say how excited we are that Second Extinction is coming to the Xbox Game Preview program this spring! We can’t wait to welcome Xbox players to the community.”

Rick Slammed by Wham! ⋅ Fatal Frame: Maiden of Black Water coming to Switch in 2021 ⋅ 44 seconds ago