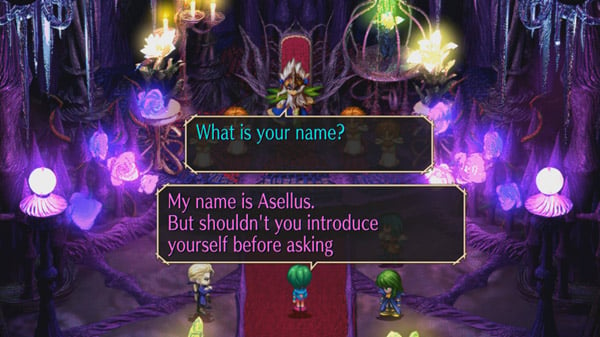 Part of the ongoing SaGa Project from Square Enix that has so far included Western releases of Romancing SaGa 3, SaGa Scarlet Grace: Ambitions, and Romancing SaGa Re;univerSe, SaGa Frontier Remastered will be available on the Nintendo Switch system, the PlayStation 4 system, PC (Steam), and iOS and Android mobile devices on April 15. This game will include upgraded graphics optimized for modern platforms to bring the game’s characters to life like never before.

Players will experience this role-playing adventure as one of eight heroes via the Free-Form Scenario System. Each character has their own storyline and goals, exploring the sci-fi fantasy universe known as “The Regions” in different ways while discovering unique worlds, technology, and magic. The remaster will also build upon the original title’s multiple storylines by introducing previously cut content, including Fuse’s main scenario and several new events for fan-favorite character Asellus.

View a new set of screenshots at the gallery. Visit the Japanese official website here.