QV coming to PC in March

First released for Switch in November 2020. 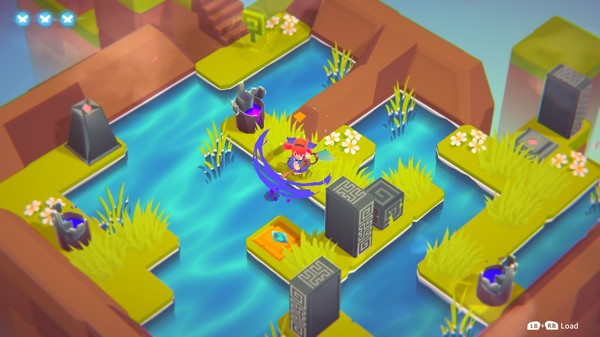 QV first launched for Switch via the Nintendo eShop in November 2020. The PC version supports costumes, Steam achievements, and higher resolution and performance.

In a universe, dimensions are connected to each other. In the center of the passages lies Dimensional Core, keeping the balance between dimensions.

This balance began to collapse when the Core stopped working. Unless someone gives a helping hand, soon the universe will follow.

The Gate doesn’t let anyone into the Dimensional Core. But Quby, as the last descendant of Chosen Ones, can access the Gate.

To restore the balance between dimensions, Quby opens a portal to the Gate. With Varon, the talking penguin, she must explore the long-forgotten ruins of her ancestors and find a way to reactivate the Core.

Uma Musume: Pretty Derby coming to PC on March 10 in Japan Previous post
Toro and Friends: Onsen Town to end service on April 12 in the west, May 10 in Japan Next post

Nongunz: Doppelganger Edition launches May 5 for PS4, May 6 for Switch, and May 7 for Xbox One and PC