Pokemon Diamond and Pearl remakes due out in late 2021. 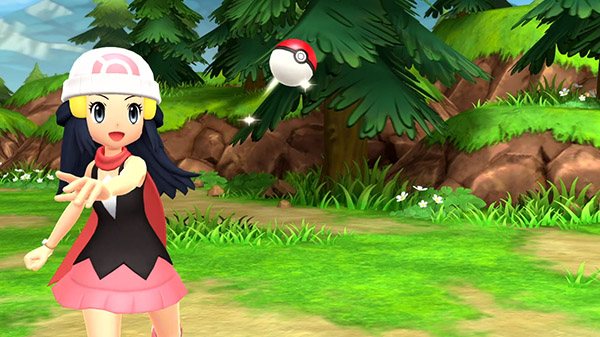 The Pokemon Company and developer ILCA have announced Pokemon Brilliant Diamond and Pokemon Shining Pearl, remakes of the 2006-released DS titles Pokemon Diamond Version and Pokemon Pearl Version for Switch. They will launch in late 2021.

Developed by ILCA, Inc., and directed by Junichi Masuda (Game Freak) and Yuichi Ueda (ILCA), Pokemon Brilliant Diamond and Pokemon Shining Pearl enable fans to experience the original story and game features from Pokemon Diamond and Pokemon Pearl in a fresh way. The original games have been faithfully reproduced and colorfully revitalized for Nintendo Switch. The sense of scale of the towns and routes has been carefully preserved, and fans who played the original games will recognize many familiar places. These games are updated with the easy-to-understand, player-friendly conveniences introduced in recent Pokemon core series video games, in addition to up-close-and-personal Pokemon battle scenes.

Made from soil, the shell on Turtwig’s back hardens when it drinks water. Turtwig lives along lakes, and the leaf on its head will wilt if the Pokemon is thirsty.

Chimchar lives atop craggy mountains and can agilely scale sheer cliffs. Even rain can’t extinguish its fiery rear end, which is fueled by gas made in its belly.

Because it’s very proud, Piplup hates to accept food from people. A skilled swimmer, its thick down protects it from the cold as it dives for over 10 minutes while hunting.

Dialga appears in Sinnoh-region myths as an ancient deity and has the power to control time. It is said that time began to move when Dialga was born.

Described as a deity in Sinnoh-region mythology, Palkia has the ability to distort space. It is said to live in a gap in the spatial dimension parallel to ours.