Fifth broadcast to outline the February 25-due demo. 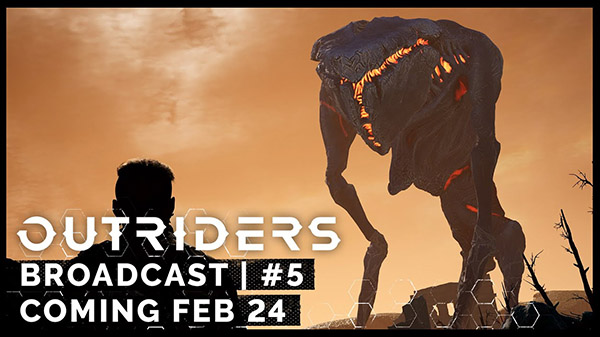 The broadcast will feature more information on the February 25-due Outriders demo, which features the entire opening chapter of the story campaign.

Outriders is due out for PlayStation 5, Xbox Series X, PlayStation 4, Xbox One, PC via Steam and the Epic Games Store, and Stadia on April 1.

Watch a teaser trailer for the fifth Outriders Broadcast below.