Nayuta no Kiseki for PS4 launches June 24 in Japan

First screenshots of the high-definition remaster. 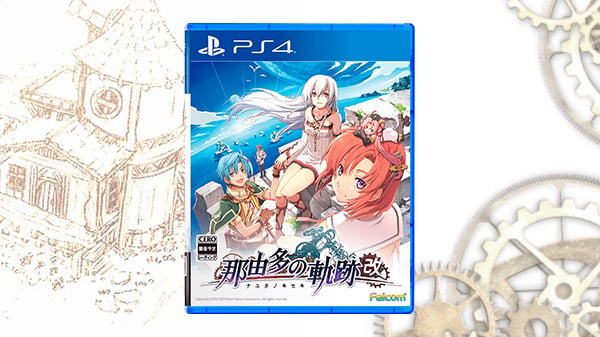 The PlayStation 4 version of Nayuta no Kiseki will launch on June 24 in Japan for 4,378 yen at retail and 3,960 yen via download, publisher and developer Falcom announced.

Pre-orders include “Complete Soundtrack: Nayuta no Kiseki: Kai,” a two-disc soundtrack containing all 60 songs from the game including the theme song “Nayuta no Hoshi no Monogatari.”

Here is a brief overview of the game, via Falcom:

Nayuta no Kiseki—an ambitious entry in the Trails series originally released for PSP in 2012 that adopts action RPG-style gameplay—returns for PlayStation 4 as the latest entry in the Kai series (enhanced ports of older Falcom games).

There are also various other upgrades that take advantage of PlayStation 4, including 60 frames per second support, high-definition image quality, and high-quality background music and sound effects, making the story of Nayuta no Kiseki more accessible than ever before.

View the first screenshots of the PlayStation 4 version at the gallery.