MazM: The Phantom of the Opera coming to Switch, PC

The third entry in the MazM series. 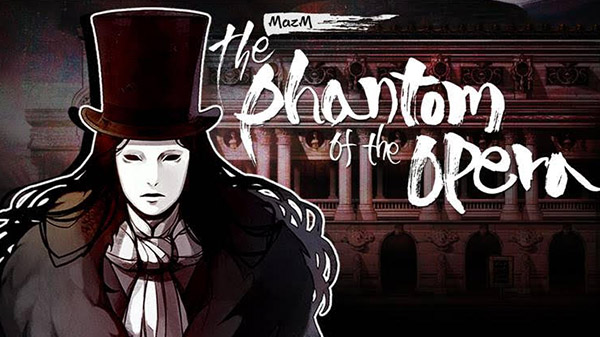 Publisher CKF and developer Growing Seeds will release mystery adventure game MazM: The Phantom of the Opera for Switch and PC via Steam, the companies announced. It will support English, Spanish, Russian, Korean, Japanese, and Chinese (Simplified and Traditional) language options.

MazM: The Phantom of the Opera is currently available for iOS via the App Store and Android via Google Play.

The third installment in the MazM Series, MazM: The Phantom of the Opera is the modern reinterpretation of the original novel, a French gothic mystery story written by Gaston Leroux in 1910.

The game features immersive classic-style music and unique aesthetics depicting characters living in the 19C Belle Époque France. As a detective, player must find out the truth of “The Phantom of the Opera” incident that once shook the Parisian opera house.

The player unveils the secrets of the opera house by collecting various notes about characters and historical trivia. In addition, the game provides many different ways to enjoy the scenario with mini-games and illustrations.

MazM: The Phantom of the Opera, a thrilling story of love and mysteries in the Parisian opera house, will be released on Nintendo Switch and Steam. It will have its exact release date soon.