PlayStation 5 version runs at 60 frames per second in 4K resolution. 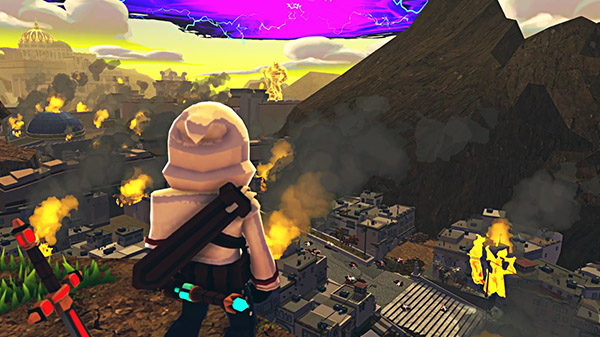 Hindsight 20/20: Wrath of the Raakshasa will launch for PlayStation 5 in addition to its previously announced PlayStation 4, Xbox One, Switch, and PC (Steam) versions in Q2 2021, developer Triple-I Games announced.

“We made the choice last year to utilize the extra time 2020 gave us and we are now ready to bring Hindsight to our wonderful followers and fans,” said Triple-I Games creative director Hemanshu Chhabra in a press release. “We amped up the choices, combat, cinematics, and even the framerate to make our game the best it can be when we launch later this year.”

The PlayStation 5 version of Hindsight 20/20: Wrath of the Raakshasa will run at 60 frames per second in 4K resolution, as well as feature significantly faster load times and rendering enhancements including improved ambient occlusion, motion blur, and bloom.

Here is an overview of the game, via Triple-I Games:

The kingdom of Champaner cherishes life above all else, preferring to practice pacifism in place of wielding weapons. When a virus begins transforming residents into bloodthirsty beasts known as Raakshasas and a destructive rift fills the sky, those sacred values quickly come into question. Jehan, a mysterious man with one arm, unknowingly holds the fate of Champaner in the palm of his hand.

Mourning the loss of his recently-murdered father, Jehan finds himself torn between the pacifism he was taught to revere and a need for revenge. Choose between Merciful or Ruthless styles of combat, each with their own advantages and drawbacks. Strategically stun enemies to gain the respect of the people or eradicate foes quickly with a deadly sword. Each enemy and boss has different movesets and behaviors depending on the chosen style.

Decisions in Hindsight 20/20: Wrath of the Raakshasa have long-lasting repercussions, impacting the game and delivering branching story paths. Choices can appear obvious via dialogue or fighting methods, but destiny may have something completely unexpected in store for Jehan. Sometimes even travel time can make a difference. Move too slowly or get distracted helping townspeople and Jehan might not make it in time to save the day.

Fight humans and monsters through Merciful or Ruthless means to save the kingdom. Earn new abilities for both styles of combat, stunning swathes of enemies or making jagged swords erupt from the ground. Forge Jehan’s personal path in a fantastical world filled with magic and technology, rendered in a tragically beautiful watercolor style. Honor the societal pressure to remain vigilant or descend into madness.