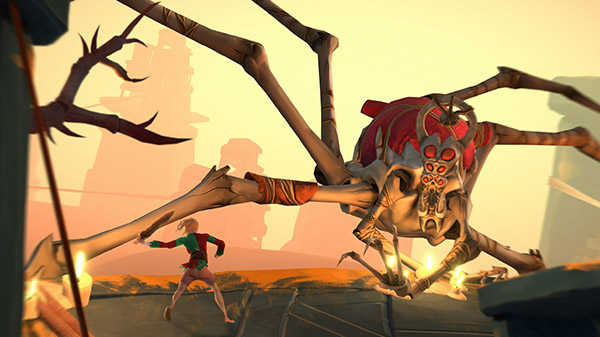 Due out over time during Q2 and Q3 2021, each content update will include a new level and God encounter, as well as new gear, skills, and warrior cosmetic items. The first two content drops will also include an additional weapon class. Users who purchased the “Valiant Edition” of Gods Will Fall will receive this content via automatic updates.

In addition to the paid content, free downloadable content called “The Dolmen Depths” will launch in Q2 2021 via an update.

Gods Will Fall is available now for PlayStation 4, Xbox One, Switch, PC via Steam, GOG, and Epic Games Store, and Stadia.