The first Forza game to come to Steam. 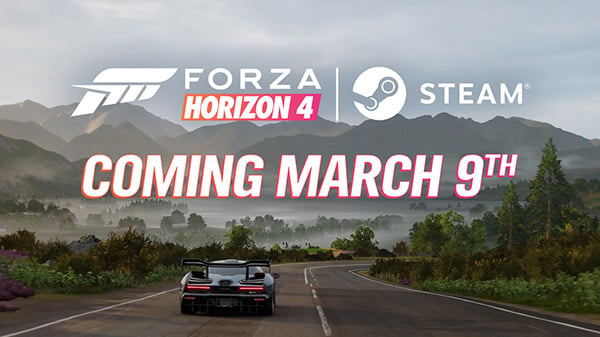 Publisher Microsoft and developer Playground Games will release the PC version of Forza Horizon 4 via Steam on March 9, the companies announced.

Forza Horizon 4 first launched for Xbox One and PC via the Microsoft Store in October 2018. An update enhancing the game for Xbox Series was released in November 2020.

Dynamic seasons change everything at the world’s greatest automotive festival. Go it alone or team up with others to explore beautiful and historic Britain in a shared open world. Collect, modify, and drive over 450 cars. Race, stunt, create and explore—choose your own path to become a Horizon Superstar.

SwordArts ⋅ The Legend of Heroes: Trails of Cold Steel I and II for Switch launch July 8 and August 5 in Japan and Asia ⋅ 22 minutes ago
Latest Open Forum