Previously exclusive to Switch and PC. 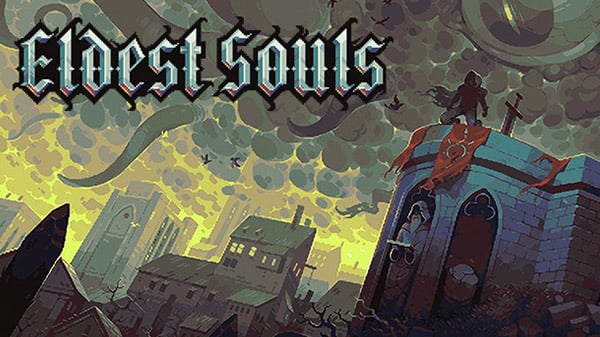 “Over the last year, we’ve been hard at work making Eldest Souls the best it can be,” said Fallen Flag Studio co-founder and programmer Francesco Barsotti in a press release. “The response to the trailers and the demo during the Steam Game Festival lit a fire under us and we’re further excited by the chance to bring this experience to even more players. We can’t wait to see Nintendo, PlayStation, Xbox, and PC players challenge the Old Gods.”

Here is an overview of the game, via United Label:

In Eldest Souls, the Old Gods have broken free from their long imprisonment, and are determined to wreak a terrible vengeance on all those who defied them. Unleashing a great Desolation upon the world, farmlands turn to deserts, rivers to dust. One final hope for humanity remains; players must take on the role of a lone warrior. A lone warrior with a single mission…