Dungeon Defenders: Awakened launches for Xbox One on March 17, PS4 and Switch later in 2021 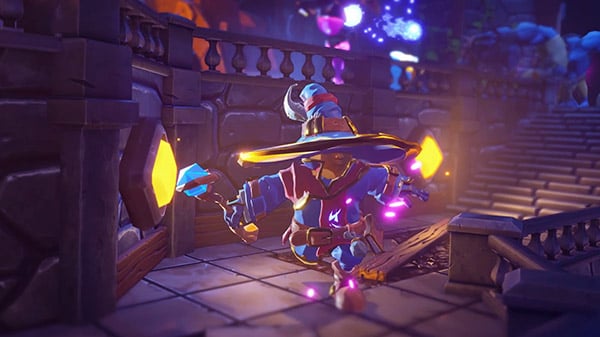 Dungeon Defenders: Awakened will launch for Xbox One on March 17, followed by PlayStation 4 and Switch later in 2021, developer Chromatic Games announced.

The game first launched in Early Access for PC via Steam in February 2021, followed by a full launch that May.

The Xbox One version will launch with all of the content available in the PC version, including the Transmog system for character customization, the challenging Rifted modifier, and a variety of other features and improvements made since its initial release.

The past has been changed! Choose your hero and construct an epic defense to fight off hordes of enemies while you jump into the fray to protect Etheria. Team up with up to four players as you level up, claim legendary loot, and take on the armies of enemies that await you!

MLB The Show 21 'Stunt On Your Rivals With Style: Diamond Dynasty is Better Than Ever' trailer Previous post
Tony Hawk's Pro Skater 1 + 2 coming to PS5, Xbox Series, and Switch on March 26 Next post