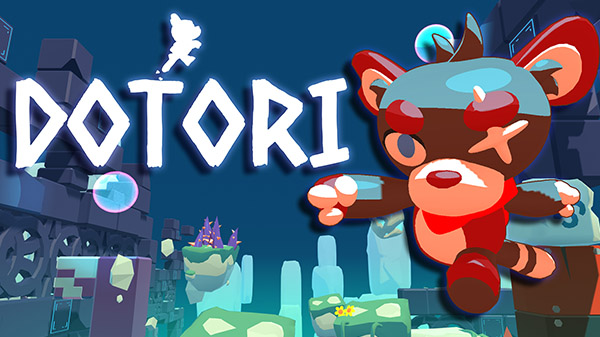 The Switch version of side-scrolling action adventure game DOTORI will launch via the Nintendo eShop on February 25 for $11.99, publisher CFK and developer indev-studio announced. Pre-orders will begin on February 10 at a 20 percent-off discount price of $9.59. The game will support English, Japanese, and Korean language options.

DOTORI first launched for PC via Steam in March 2020.

Get the latest details below, via CFK.

Prologue: The Journey to Save Lottie

Rico the Squirrel was living a peaceful life collecting acorns. It was another peaceful day doing his work with his sister Lottie… until an owl came out of nowhere and kidnapped his sister!

Now Rico must embark on a dangerous journey to save Lottie…

What exactly is DOTORI?

DOTORI is a side-view 3D platformer game that provides unique gameplay experience with its toon shaded characters and charming stages. As Rico the Squirrel, player embarks on a journey to save Lottie by progressing through stages filled with creative gimmicks and obstacles.

Into the World of Mysteries

Each chapter has its own different design and gimmick based on where it takes place. Player will challenge the stages located in various regions such as the prairie, fairyland, arcane structure, trading estate, etc.

For instance, cutters and molten metal can be found in the trading estate, which can be avoided or jumped over by gimmicks such as jump buster and magic spring.

Only three actions are needed to explore the stages in DOTORI: run, jump, and throw. Certain stages require special moves such as double/wall jump, and player may need to use unique stage gimmicks in some stages.

Actions become more colorful with magic cubes that can be found in DOTORI. Player can stop the cube in the air to use it as a foothold, or use it as a shield to block deadly lasers.

To continue his journey to save Lottie, Rico must fight powerful enemies waiting for him in each region. The bosses will strike at Rico with their own special attacks.

Player must observe how the boss moves and find its weak point. But be careful: one small mistake can lead to serious damage!

DOTORI has a total of 40 stages, and the hidden chapter is unlocked upon clearing the game.

Jmaster94 ⋅ NEO: The World Ends with You details Shoka, Kariya, and Uzuki, Replay and Pins systems, enemies, more ⋅ 13 minutes ago