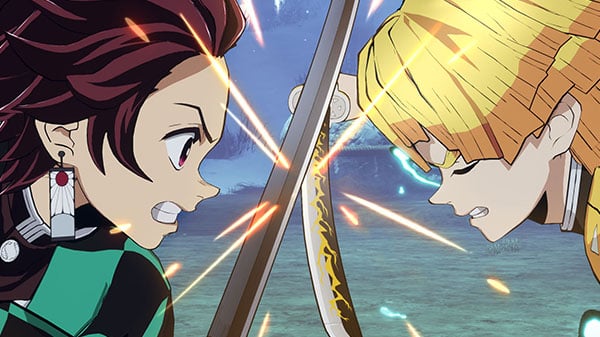 Publisher Aniplex and developer CyberConnect2 have released new information and screenshots for Demon Slayer: Kimetsu no Yaiba – Hinokami Keppuutan, officially confirming the battle action game for release on PlayStation 5, Xbox Series, Xbox One, and PC alongside the initially announced PlayStation 4 version in 2021 in Japan.

Leaks from the latest issue of Weekly Jump confirmed most of these additional platforms earlier this week, but did not mention Xbox Series.

Here are the latest details, via Aniplex:

In Demon Slayer: Kimetsu no Yaiba – Hinokami Keppuutan, you can relive the story of the Demon Slayer: Kimetsu no Yaiba anime in “Solo Play Mode,” and battle as the characters that appear in the anime in “Versus Mode.” In Versus Mode, which can be played either offline or online, players can enjoy exhilarating two-on-two battles with simple controls using any combination of characters that appear in the anime, including Tanjiro Kamado, Nezuko Kamado, and more.

Additionally, Ufotable, the studio that produced the Demon Slayer: Kimetsu no Yaiba anime, created a new key visual for the game.