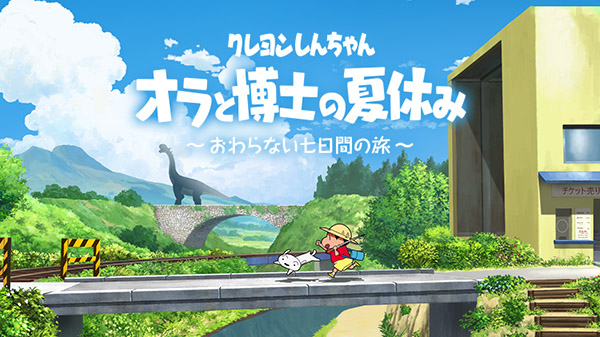 Publisher Neos Corporation and developer Millennium Kitchen have announced Crayon Shin-chan: Ora to Hakase no Natsuyasumi – Owaranai Nanokakan no Tabi for Switch. It will launch this summer in Japan.

Crayon Shin-chan: Ora to Hakase no Natsuyasumi – Owaranai Nanokakan no Tabi is an adventure game set in a nostalgic Japanese town where the ordinary and extraordinary intertwine, and depicts the story of Crayon Shin-chan’s summer. Kaz Ayabe, creator of the Boku no Natsuyasumi series, is creating the world of the game.

The story and game experience that unfolds as players encounter all sorts of characters in the game’s naturally abundant and somewhat nostalgic environments can be enjoyed by players of all ages, from the younger fans of Crayon Shin-chan to the older fans who played the Boku no Natsuyasumi series.

Watch the announcement trailer and eight minutes of gameplay footage below. View a set of screenshots at the gallery, via Nintendo. Visit the teaser website here. Follow the game on Twitter @Crayon_Natsu.